Reason for the development of this course 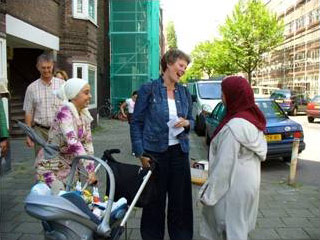 The course Sharing Lives has been developed because of the growing “Islamophobia” (fear of Islam and Muslims) among Christians in Europe. Such fear, based upon statements or activities of Muslim extremists, the way Islam is portrayed in the media, what Christians believe about the Qur’an, the persecution of Christians in Islamic countries etc. makes Christians blind for the diversity of Islam and for the attempts of Muslims in Europe to bring their faith and interpretation of the Qur’an in line with life in the secularized western society.

Many Christians are afraid that in the near future Europe will become Eurabia, in which Islamic norms and laws will predominate with many negative consequences for Christians.

Fear of Islam and Muslims is one of the main obstacles for Christians to share their lives, and the Gospel, with Muslims.

Although one could give many legitimate justifications for such negative attitude, it nevertheless is not in agreement with the attitude of self-sacrificing live and grace that characterized the life of our Lord Jesus Christ.

Therefore the goal of this course is to help students deal with their attitude of fear, suspicion, prejudice towards Islam and Muslims in God’s presence and learn from Him to develop an attitude of grace, without becoming naive. 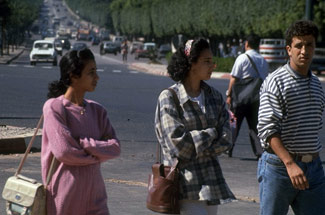 The course is given the name Sharing Lives because the main outcome is that Christians learn to share their lives with their Muslim neighbors.

This thought has been taken from 1 Thessalonians 2:8:

“We loved you so much that we were delighted to share with you not only the gospel but our lives as well, because you had become so dear to us.”

Goal
The main objective of the course Sharing Lives is to help people change their attitude towards Islam and Muslims from one of fear to one of grace and to encourage them to develop meaningful relationships with Muslims in their neighborhood in order to share their lives and the Gospel of Jesus Christ with them.
Duration and group size

The course consists of five sessions of about 2 hours each and has been designed to be given during five consecutive weeks.  Of course, one can also have a lesson every two weeks, or once a month.

The ideal size of the group is between five and twelve people. Such size makes interaction with each other and Muslims easier and makes it possible for the course to be given in someone’s home, which might be more attractive to potential students.

The lessons will be given by a trained teacher.